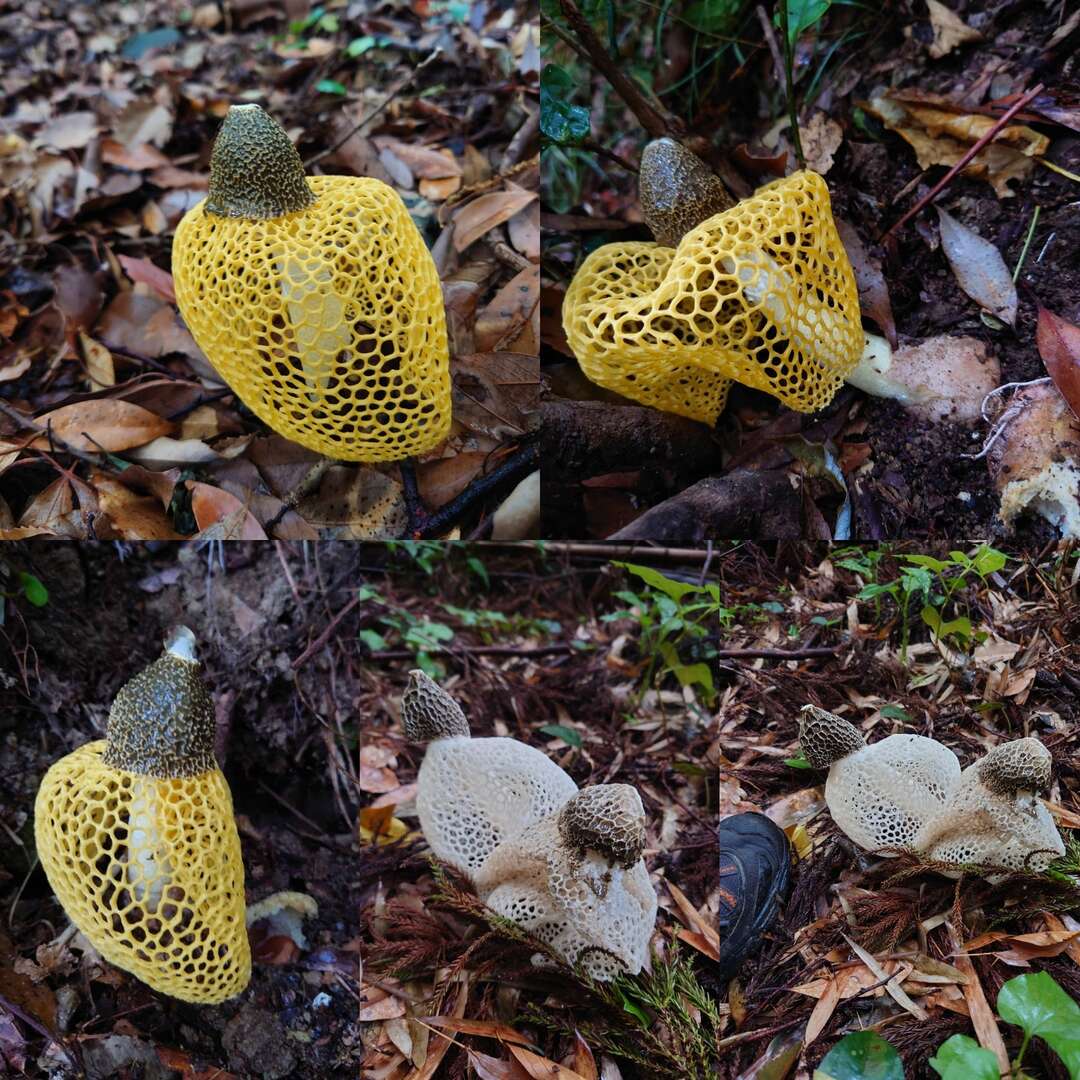 It truly finally rainy season! I had seen reports of a strange a rare mushroom in a mountain in Munakata city so I got my rain gear ready and headed off to hunt down the mushroom. I found it near the bottom when I heard excited voices of people nearby. I was told that there were more further up so I kept my eyes peeled hunting for more as I hiked. A woman saw one a little way off the trail so I went to confirm it. There were more at the top and I even managed to find two more with white skirts on the other side of the mountain. The mushroom is Phallus indusiatus which according to Wikipedia has many names such as "bamboo mushrooms, bamboo pith, long net stinkhorn, crinoline stinkhorn or veiled lady". The top part the mushroom has a sticky slime which contains spores which are spread by insects that land on the mushroom to feed on the ooze. The rest of the hike was also wonderful Mirokuyama surprised me as I didn't expect much but it had many Buddhist statues, a sign and even a small hut on the way down. From there I walked back to Akama station. A wonderful rainy season hike!